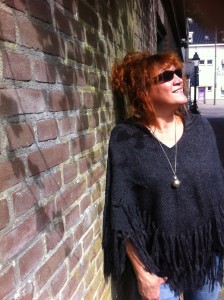 I spent my childhood in Mostar, Bosnia and Herzegovina. In our house there was my dad’s old piano, so it somehow went without saying that my sister and I attended piano lessons. Already as a child, I loved to sing, I loved solfeggio even more than the piano, and I remember our music school and my sorrow when I saw it was completely destroyed in 1993, during the war. Having completed grammar school and secondary music school, I went to the Music Academy in Zagreb, Croatia, where I took a degree in music education. After that, I came to Luxembourg (as a love refugee), in 1986, and started working as a babysitter for a Luxembourgish family. In that house not only did I take pleasure in an old piano I found there, but I also formed many friendships that I have continued to cultivate until today. That’s how I wrote my first compositions and felt a desire to continue this musical journey. The song Route d’Arlon from my second album is dedicated just to that house.

Following several years of intensive learning of both French and and Luxembourgish, I found a job in my profession, in the French secondary school “Lycée Vauban”, where I started to teach music education. After that, I worked in the “Yamaha” music school with younger children. That gave me the idea to start working independently and to found my own music school in 2002.